Hydrogen in Periodic Table of Elements

Hydrogen, symbol H, molecular formula H2 is a colorless, odorless, tasteless, flammable gaseous chemical substance among the periodic table family. In chemistry or chemical science, the hydrogen atom is the only member of the chemical element in which the valence electron is under the direct influence of the nucleus, bearing one unit of positive and negative electrical charge. 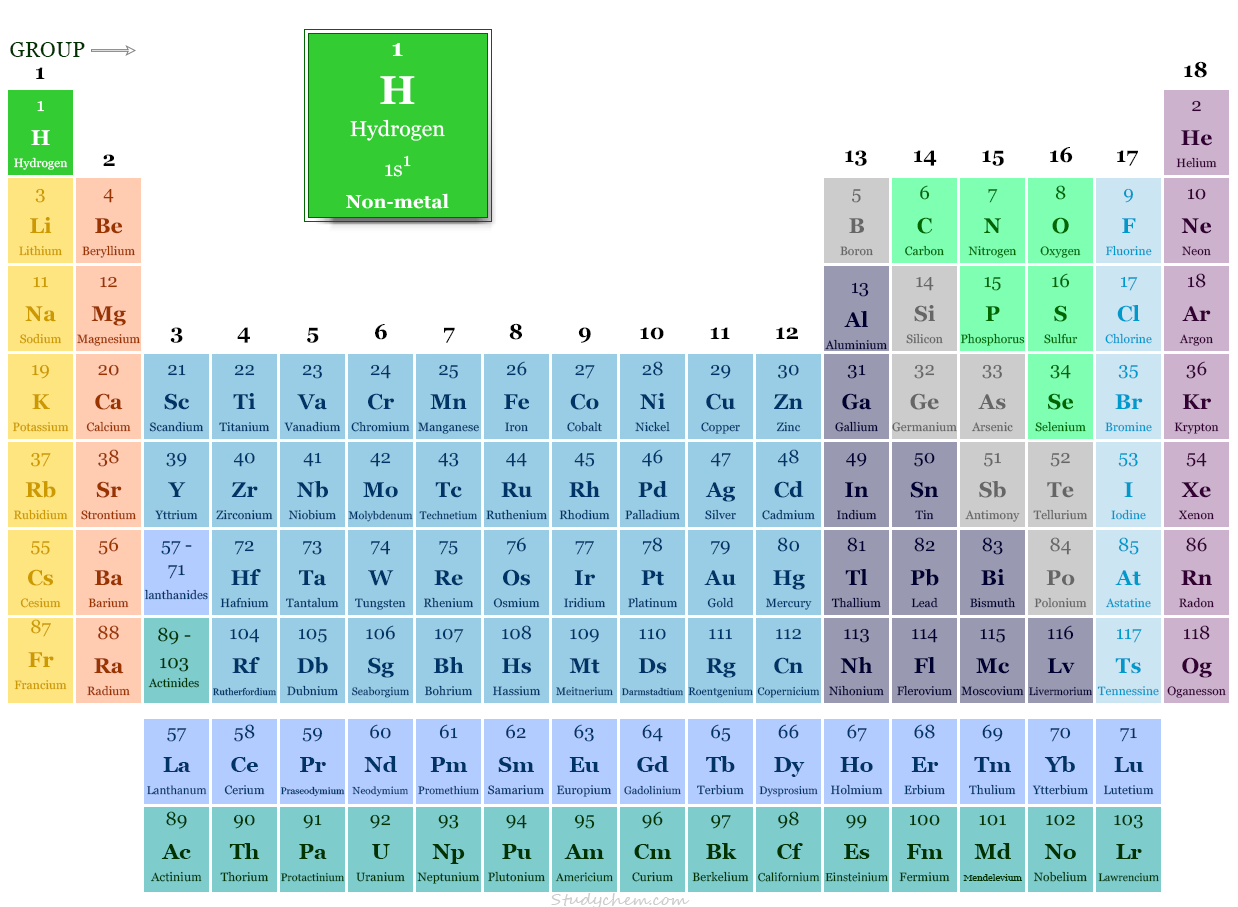 Under ordinary conditions, hydrogen gas consists of a pair of atoms or a diatomic molecule with a wide range of bonding. The most important chemical compound water (H2O) is obtained by burning it with oxygen molecules. Due to its unique characteristics and properties, hydrogen (H) forms chemical compounds or molecules with nearly every periodic table active element.

The normal oxidation number or state of hydrogen in chemical compounds is +1 but highly electropositive metals (alkaline and alkaline earth), show a -1 oxidation state. The periodic table position of the unique member describes by its characteristics properties and electron configuration. The ns1 electron configuration justifies its position in group-1 with the alkali metals. Considering other facts, the electronic configuration of hydrogen is one electron short of the next noble gas helium (He), thus it is placed in group-17 in the periodic table with the halogen. Due to the presence of a half-filled valence shell, it is also placed in group-16 with the carbon family, forming covalent bonds with a wide range of polarities in chemistry.

Due to the presence of three isotopes, the gas molecules are represented as H2 (dihydrogen), D2 (di-deuterium), T2 (di-tritium). The chemical properties of all these gas molecules are basically the same but hydrogen isotopes differ by their physical properties. At standard temperature and pressure, hydrogen gas exists as a colorless, orderless, tasteless, highly combustible, non-toxic, nonmetallic chemical compound. The chemistry of hydrogen has late gained, it uses as an alternative source of energy in near future (fuel cells) due to the huge stock of H2 in the earth’s surface water molecule.

The molecule is a very stable species, at 2000°K and 1-atmosphere pressure, only one percent of atomic hydrogen is present in the gas molecules. Therefore, these facts suggested the lack of reactivity at ordinary temperature and pressure. Among atomic forms, it forms various unstable ionized species like a proton (H+), a hydride ion (H–), a molecular ion (H2+).

Hydrogen is prepared by the action of metals on water and acids, by the electrolysis of water, or by the reforming hydrocarbon by the stream. It is also obtained as a byproduct in the electrolytic manufacture of caustic potash from brine.

Very pure hydrogen and oxygen are obtained from the electrolysis of 20 percent caustic soda or potash solution in steel cells using iron electrodes. The anode is nickel plated to prevent oxidation. The anode and cathode are separated by a porous diaphragm to prevent diffusion and mixing of the gases.

Large amounts of H2 molecules are now obtained from the reforming of natural gas (hydrocarbon) by steam in presence of a nickel catalyst at 900°C. CnH2n+2 + nH2O → nCO + (2n+1)H2. Some carbon dioxide and methane are also formed by this process. The gas mixture cooled and removed carbon dioxide (CO2) and methane(CH4) for the fresh preparation of H2 gas molecules. 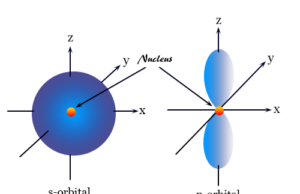 Definition of Orbital Orbital in chemistry or physics defines a three-dimensional region where the probability of finding an electron is maximum. The wave function suggests... 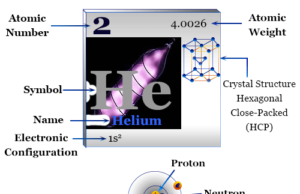